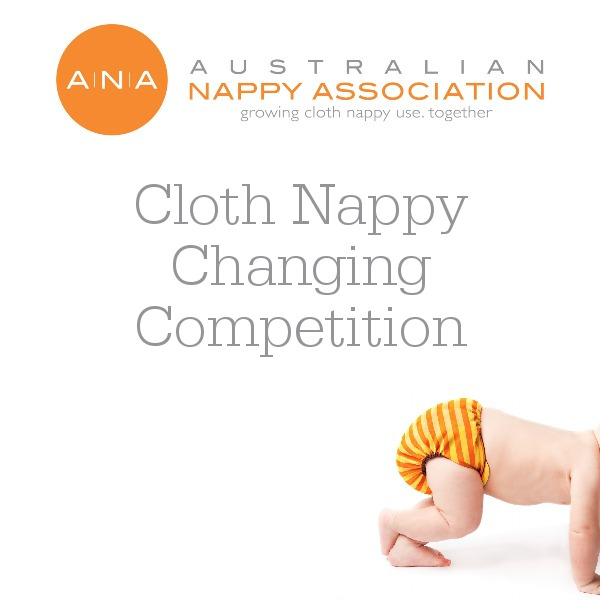 When there was a shout out for ANA members to attend the Raising Happy Kids Expo and help run a Cloth Nappy Changing Competition, I immediately put my hand up.

Cassandra from Mitch’n’Moo also volunteered to come along from Brisbane for the expo, which was on the 26th & 27th November 2016. On the day, we also had Amelia from Bambooty, Vashti from Nest Nappies in Brisbane, and Grovia consultant and blog queen Sarah (Mrs Ladybeetle) come along. Meeting these ladies in the flesh and chatting nappies all day long was brilliant.

We had no trouble filling spots for the Cloth Nappy Changing Competition as plenty of Mums, Dads and bubs were around for the Australian Breastfeeding Project photo, and checking out the Expo. 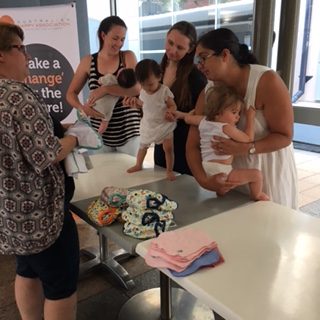 Everyone who entered got a brand new nappy to use in the Cloth Nappy Changing Competition. All entrants got to take this nappy home with them and the four fastest changers got a prize. 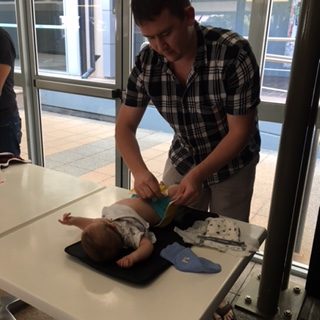 Our categories and nappies used were: 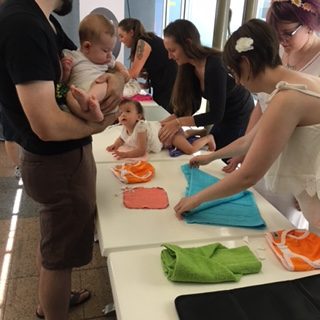 Cassandra from Mitch’n’Moo marshalled the competition like a pro and lined all the contestants up to change babies on a long table. The contestants had to change their babies out of their existing nappy, into the new cloth nappy and hold their hand up when they were done. 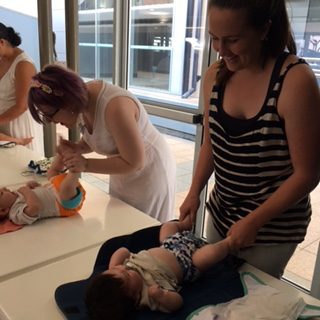 My internal race calling dialogue went a little something like this:

*nb*the race may not have actually happened liked this 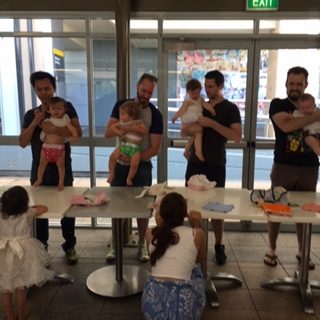 This was a really fun event and I hope that we can do it again. Thank you to all the Mums, Dads and babies the entered the competition.

Also a big THANK YOU to all the wonderful businesses who supported the Cloth Nappy Changing Competition with nappies, prizes and time.