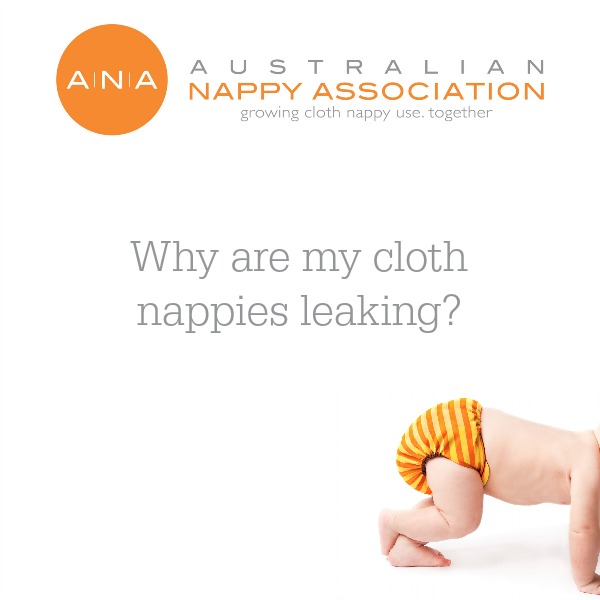 Many thanks to ANA Founding Member, Fiona Ward of Darlings Downunder, for sharing with us on this subject.

If you are experiencing leaks with your cloth nappies, here’s a troubleshooting list to help you work out why the leaks are happening, and how to stop them.

Getting the fit of a cloth nappy right will solve a lot of leaking issues.

If fit isn’t the issue, have a look at your child’s nappy after they’ve experienced a leak. That will give you clues about what is going on.

If the nappy is relatively dry after experiencing a leak, then something is preventing the nappy from absorbing.

Occasionally, some children’s wee comes out hard and fast: sometimes so quickly that it is too fast to all be absorbed at once. This is most obvious in a nappy with a stay dry layer as that layer slows down absorption. Switching to a nappy with a natural fibre inner which absorbs faster, or laying a natural fibre booster inside the nappy will solve this problem.

If the nappy is completely wet the cause of the leakage is insufficient absorbency for the length of time the child is wearing it. This is solved by either changing the nappy more frequently, or increasing the absorbency of the nappy.

If you’re experiencing leaks with a particular nappy and having trouble solving the problem, contact the manufacturer or retailer for advice. They will often have extra tips or tricks to help you out.